It’s no secret that I dislike leggings. I’ve written several ranty posts about how leggings aren’t pants and they’re the death of actual style, blah, blah, blah. Here comes another one.

I have a secret. I don’t actually hate leggings. Shhhhhh!!! I know, I know. I actually think they’re ok in certain situations- but those situations mainly involve you wearing a tunic OVER aforementioned leggings. I’m talking FULL BUM COVERAGE. I take the same issue with yoga pants too. I don’t know when it became fashionable to literally show everything the good Lord gave you- but seriously, staaaaaaahhhhhp.

“Home is where the pants aren’t.” Applicable to leggings. Not for public consumption.

This is where my “no leggings” stance developed. If people can’t wear them responsibly, then NO ONE CAN WEAR THEM! And to be fair, leggings and yoga pants stretch, so when you’re having a bloated day- jeans are the WORST. I get it. It took me forever to find the jeans I now wear daily. They’re stretchy, cute and inexpensive. (More on that coming later.) However, leggings and yoga pants aren’t appropriate “going out in public” gear. Literally, it’s laziness at best. ENTIRE brands have been developed on people’s hatred of wearing real pants.

But here’s the deal- leggings aren’t pants. They’re just not. Wear them under a tunic and that’s fine. They’re still not appropriate for work- unless you literally workout for a living. I can’t tell you how many CEO’s, HR managers and supervisors have complained that people are wearing leggings to work and it’s not appropriate. Seriously, guys, it’s a huge problem. Not real pants. Stop wearing them to work.

Also, just because you spend XYZ dollars on these non-pants, does not- in fact, make them pants. STILL NOT PANTS. So, when the next person tries to convince you that they’re cute, comfortable, etc, etc- I’m sure they are- but they’re not pants. Not appropriate for work.

That all being said, I still need something to wear while I’m mom’ing and jeans aren’t going to cut it when I’m squatting down to play with the toddler. Or running into Target to get one *cough*OrFifteen*cough* things. Enter the terrific trio: three comfortable pants that aren’t as tight as leggings or yoga pants AND all are under $20.

Now, these aren’t work appropriate EITHER, but at least you’re not nearly naked. Also, I don’t feel like people would wear these to work- as they’re basically sweats. Remember sweats? Those things we wore before yoga pants? They’re comfortable, warm, and not tight. Yeah, those. This is them BEFORE we started putting sayings all over the bottom like “Pink” and “Juicy.” (Hated that trend too. I assume you do as well- and that is how I currently feel about leggings as pants.)

The three options are as follows: regular jogger, fleece lined jogger (winter is coming), and fleece lined regular pant for people that hate joggers or have no idea what a jogger is. (Hint: it’s not a slow runner.)

The sizes in the size chart are accurate- I ordered a medium in all and they are high waisted/fit perfectly. Not too tight, not too baggy. The regular pants (non-joggers) are LONG so my leggy friends can actually wear these! You may not want to wash/dry them on hot- but they’re still really long on me AFTER I dried them on hot to see how much they’d shrink. These are all under $20, very comfortable and worth a try. Or you could go buy the Nike version of them for $50-$80. Up to you.

To recap: NONE of the above should be worn to work. If you don’t want to be this decade’s version of the Juicy sweats, heed my warning. Leggings are NOT pants. Opt for these comfy pants instead. And yes, you can wear these to Target. You have full permission. 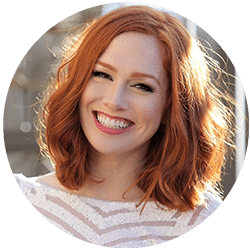